Sustainability in the Big City

Watching your environmental footprint when you manage building services for a 94-floor high rise in New York City is no small feat. Fortunately, sustainability practices are a priority at One World Trade Center (One WTC), according to John Mongello, senior vice president of building services at The Durst Organization, who oversees the famous high rise.

“We have a huge screen that tracks every toilet paper roll, hand towel roll, and soap dispenser in the entire building. We get an alert when they go below 3% product so we can refill them instead of refilling them when they are down to 25%,” Mongello said. “We saw a huge savings on our paper usage and we are no longer wasting labor going from floor to floor to check restroom supplies.” A second look at One WTC

In the first part of Servicing One World Trade Center, which appeared in the Clean Sweep Column of the January/February issue of Cleaning & Maintenance Management, Mongello discussed which aspects of his job he enjoys the most and which tasks present the most challenges. In the second part of his profile, he spoke about sustainability and revealed some surprising facts people might not know about One WTC and the building’s upkeep.

Mongello said The Durst Organization, the owner and manager of numerous buildings in New York City, prioritizes environmental practices. All the buildings the company manages in the city are certified by the U.S. Green Building Council’s (USGBC’s) Leadership in Energy and Environmental Design (LEED) program. A pioneer facility in the green building movement, 151 West 42nd Street was used as a stepping-stone for LEED criteria. One Bryant Park, or the Bank of America Tower, was the first commercial high-rise in the United States to earn LEED Platinum certification.

One WTC, along with other Durst-managed buildings, have unique sustainable features including landscaped roofs that collect rainwater. “We have one acre of green roofs across our entire portfolio, complete with beehives that provide honey to our building tenants,” Mongello said.

It’s easy to become overwhelmed when thinking about all the service responsibilities that come with a massive building like One WTC. Mongello let people in on a little secret—building services professionals always remove the load factor, which is generally about 20% to 25% of a facility’s space that is taken up by inner building structures, elevator shafts, and other areas that they are not responsible for.

“At One World Trade Center we have 63 elevators, seven escalators, three stairways, and 35% of the structure is inner building,” Mongello said, adding he removes the square feet taken up by those areas when factoring in cleaning times and the amount of service staff needed.

Windows are another area Mongello’s teams don’t clean, but he does contract workers for this challenging task. He explained that One WTC has 12 different exposures, and he is obligated to have the windows cleaned three times a year.  “Tenants are paying for views, so we don’t want dirty windows,” he said.

Mongello partners with seasoned window cleaners with a special rigging license, or as he calls them, “people with guts to go 110 stories up.”

Although he has seen demonstrations of window-cleaning droids and other robotic technology, Mongello is waiting to see how the new technology pans out before making any changes due to concerns about machinery falling on people. “It is very difficult to get the city to approve anything right now because of all the pedestrian traffic,” he said.

However, Mongello is quick to admit new cleaning technology has brought a lot of improvements to his job, especially when comparing resources he needed when servicing the old World Trade Center, with the twin towers, compared to the new high rise.

“It was double trouble back then, with two towers with the same amount of square footage,” he recalled. “We didn’t have the same technology; we didn’t even have microfiber cloths. We employed 550 cleaners in the entire complex while today we have about 150 cleaners on-site.”

Get your FREE print or digital edition of CMM magazine! 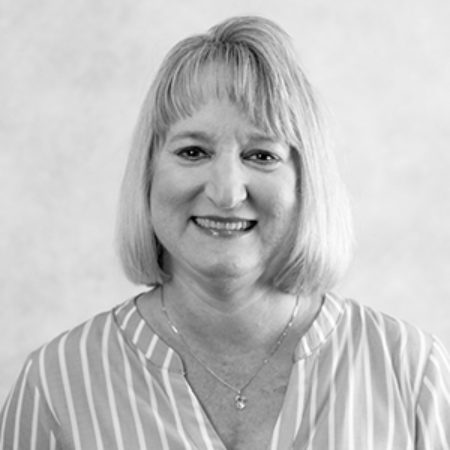