The meaning of cleaning

According to Merriam-Webster’s Collegiate Dictionary, the definition of the word “clean” is: “Free from dirt or pollution … free from contamination or disease; an act of cleaning dirt especially from the surface of something.”

Back to reality
Those who read and accept the previous sentence as truth most likely have little real in-the-field experience. For example, even though a room in a hospitality facility might be free of contamination and disease, does a customer view the entire hotel room as safe if he or she finds a strand of hair in the shower? In another example, a malodorous restroom can be visually clean and free of debris; however, the user might view the room as dirty and unsafe because of its odor.

Certainly, experienced professional cleaners know that the meaning of cleaning goes far beyond making sure an area is free of dirt and contamination from the surface of “something.” But, since before the 12th century, when the word “clean” was first used in print, cleaners have been performing a task (cleaning) for which they cannot provide a clear definition. And, if professional cleaning workers have a hard time defining the importance of their duties, how can we expect customers and facility owners to emphasize the importance of cleaning?

Experts define cleaning
This central issue — identifying accepted industry definitions for clean and cleaning — was addressed at the Cleaning Industry Research Institute (CIRI) symposium held recently in Las Vegas. “No, there is not one definition for the word ‘cleaning’ that is accepted by all and this has really hindered our industry,” remarks Tom Morrison, vice president of marketing for Kaivac Inc., a manufacturer that played a significant role at the CIRI symposium.

Industry expert Dr. Michael Berry offered the following definition at CIRI’s event: Cleaning is the removal of visible and invisible soil through mechanical and manual processes. Previously, in his book Protecting the Built Environment, Berry wrote, “Health protection was, is and always will be the primary benefit of cleaning.”

“Using both of these descriptions of cleaning, we can define cleaning as any system, process or procedure that removes visible and invisible soil and also helps protect human health,” says Morrison.

What about clean?
“We define clean as the absence of any foreign body, dirt or residue on a surface,” says Taylor Stewart, president and chief operating officer at EnvirOx LLC. “But, that definition is not as simple as it appears. Just because a cleaner is applied to a surface and the surface is wiped, doesn’t necessarily mean it is clean.” Taylor adds the wrong product applied by an untrained professional can leave behind residue, which can collect more dirt and defeat cleaning’s purpose.

As with the word “cleaning,” there is no universally accepted definition for the word “clean” in the JanSan industry. “Many will say that if it looks clean and smells clean, it must be clean,” says Morrison. “This may be suffice if cleaning for appearance is the objective, but if cleaning for health is the goal, then ‘clean’ must also take into account the absence or removal of unwanted, invisible matter.” Furthermore, the inconsistent experiences that facility occupants will have greatly affects their perception of the quality of your cleaning work.

“Most people would scientifically define clean as the removal of unwanted matter, but what is considered unwanted is subjective,” says Michael Kupneski, P&G Professional’s section head of technology development global surface care. “For some, visible soils may be the only concern, while for others there’s a major focus on removing unseen bacteria.”

Measuring your services
When determining whether or not the cleaning process was effective at achieving the desired results, notes Morrison, measurement is very important. Recent product technologies, such as urine detection systems and ATP monitors, have helped ISPs and BSCs achieve qualitative results.

“A measurement technology that is gaining rapid acceptance within the industry is the ATP monitor,” says Morrison.
ATP, which stands for adenosine triphosphate, is the universal energy molecule found in all animal, plant, bacteria, yeast and mold cells. These meters rapidly measure the amount of ATP on virtually any surface, including floors, handles, toilets, dispensers and desktops.

“So, in about a minute, these monitors are able to detect and quantify the amount of biological matter that resides on a surface,” Morrison explains. “This makes them ideal for quantifying the effectiveness of a cleaning program. With ATP measurement, it’s actually possible to establish a quantifiable standard of hygiene that defines when a surface is really clean for different areas throughout a building.”

Green versus clean
The notion of “green cleaning” by using only environmentally preferably products has been prevalent in the industry for more than 30 years. The movement initially gained momentum in the 1970s; however, significant events happened in the 1990s that made the movement trendy. In particular, in 1992, President Bill Clinton issued Executive Order 13101, which directed the facility managers of more than 100,000 federally-owned or -operated buildings worldwide to begin using green cleaning products. The order was also the first to establish a definition of green cleaning: The use of products and services that reduce health and environmental impacts compared to similar products and services used for the same purpose.

Early critics of the movement found these alternative products to be ineffective and expensive. However, today’s green market features products that are as effective as — if not more effective than — traditional products. The proof is certification. Now, the concept of green vs. clean no longer exists, according to the experts, because they are intertwined.


“It’s not green cleaning, it’s cleaning green,” says Kupneski. “The first reason people clean is to remove soils and prevent the spread of disease. If you don’t clean, then you’re not being green, regardless of the environmental claims of the product. To be green you have to clean; luckily, end users don’t have to choose one over the other.”

Areas to improve
Besides switching to greener products, there are some steps professional cleaners can implement in their regular cleaning routines. For example, flat microfiber mops used with a dual-compartment bucket can reduce worker strain and clean floors more effectively than traditional mops and buckets, which simply spread soil and contamination around. Also, use floor care equipment, such as burnishers, that have advanced vacuum capabilities that capture fine dust and release minimal impurities. When to use a sanitizer versus a disinfectant is another common area in need of improved education.

Sanitizers and disinfectants
“I think people interchange the terminology of sanitizer and disinfectant because there are many similarities,” says Stewart. “An EPA-registered sanitizer or disinfectant must prove its ability to kill a certain percentage of bacteria, viruses or fungi as defined by the EPA. The tests for a sanitizer are slightly different than a disinfectant, with some of the same bacteria tested in both cases, but in a different way.

According to EPA efficacy requirements, a disinfectant must kill at least 99.99 percent (100 percent kill rate does not exist) of specified bacteria. Sanitizers must kill at 99.9 percent of three specified bacteria within a specified time period. Some sanitizers will kill more than just the three bacteria required by the EPA and may have a higher kill percentage, continues Stewart. The disinfectant efficacy requirement is, by its nature, more difficult to meet, making the percentage of kill statistically higher.

“It is important to carefully read the label to determine the full power of a product and know the particular bacteria, viruses and fungi that the product is registered to kill,” says Stewart. “Don’t assume a sanitizer or disinfectant will kill viruses.”

A product-task match is a practice that should be implemented during procurement, training and on-the-fly. Effective products, effective practices, and effective measurement are what today’s professional cleaners provide.

For centuries, cleaners have lived by the “you can’t please everyone” motto and have been guilty until proven innocent, but that is no longer the case. Today’s cleaning professionals have a direct impact on whether or not a facility is healthy, not just traditionally “clean.” Membership as a Benchmarking Tool 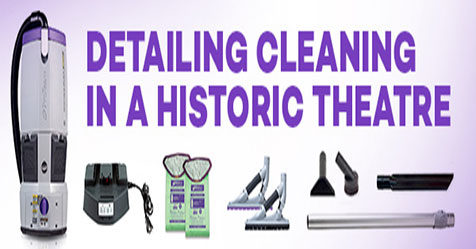